Notable Kansans is a collection of interviews of people who have served in a variety of roles, related to the development or administration of public policy. Generally, these persons had long public service careers. Their impact on government or life in Kansas is unmistakable and positive. 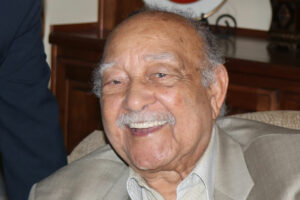 In this 2020 oral history interview, Jack Alexander reflects on his early life growing up in Topeka, Kansas in the 1930s and 1940s, and his extensive public service career beginning with enlistment in the Navy. Alexander served in various roles both in local government, particularly as Water Commissioner for the City of Topeka, and in state government, including appointment to the Kansas Corporation Commission. He also made significant contributions to local volunteer organizations. Alexander’s recollections create a portrait of an individual committed to public service based on a solid foundation in family and community and a sincere appreciation of and Show Moreconcern for others. Show Less 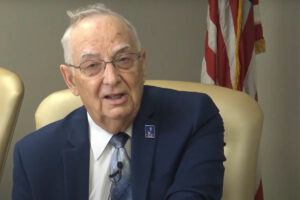 People interested in the development of education policy in Kansas will find no better resource than this 2020 oral history interview with Dale Dennis, Deputy Commissioner of Education. The interview was conducted by Dr. Andy Tompkins, a former Kansas Commissioner of Education. During the interview, Dennis speaks candidly about policy development, identifying the issues and the legislators who were intrinsically involved. The interview covers the 1972 lawsuit which was the first dealing with issues of equity in school funding. Twenty years later, a 1992 school finance lawsuit again challenged the lack of equalization which rendered the formula unconstitutional. Dennis explains Show Morein detail the process by which the Legislature, Governor Joan Finney, Speaker Marvin Barkis, and others went about addressing the Court's concerns. By 2000 the Legislature had again failed to fund the school finance formula fully and the Montoy lawsuit arose. Another case, Gannon, began in 2010. This time the problem was the adequacy of the funding to meet constitutional requirements. Moving on from school finance lawsuits, the interview covers school consolidation and related issues of local control. Dennis explains why he started offering budget workshops to school administrators, including the development of software and the use of computers. This interview includes a brief discussion of the 1999-2000 legislation that moved state oversight of community colleges and technical schools (later termed technical colleges) from the Kansas Department of Education to the Kansas Board of Regents. Show Less 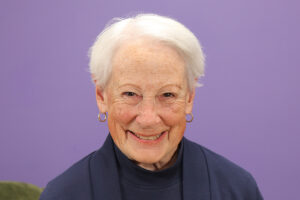 Nancy Kassebaum, still lively at age 90, recalled being a young girl in Topeka growing up with a famous father, Alf Landon. She described her motivation for entering a US Senate race in 1978 and turned to friends and the League of Women Voters in Wichita for help with that highly contested primary race. Kassebaum had a "special relationship" with the other Kansas Senator, Bob Dole. Her legislative interests in the U.S. Senate were foreign relations, Africa and apartheid, and a major health care bill she worked with Senator Ted Kennedy. Toward the end of Show Moreher senate career she married Tennessee senator Howard Baker, and went to Japan with him as wife of the Ambassador. After Baker's death she returned to the ranch in Burdick, Kansas where she still follows politics closely. Show Less 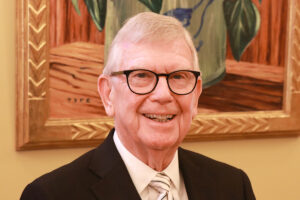 Gary Sherrer was a debater and it changed his life. His reflections on growing up in Topeka, winning a debate scholarship to Kansas State Teachers College and then teaching for eight years are the perfect backdrop to his later achievements. His association with the Graves Trucking Company and soon-to-be-Governor Bill Graves paved the way for him to become Bill Graves' Lt. Governor. Sherrer won the respect of many Kansas leaders, including Henry Bubb and Jordan Haines, two preeminent bankers who recruited him to the banking industry as chief marketing officer, and later, lobbyist when multi-bank holding company Show Morelegislation was pending. His debate skills served him well as a lobbyist, enabling the controversial bill to pass by one vote. He developed the Leadership Kansas model to train leaders. He knew how to solve community problems and displayed those skills as Secretary of Commerce for Governor Graves. One of his proudest accomplishments was the STAR bonds project in Wyandotte County, with Mayor Carol Marinovich. The interview is replete with examples of programs he developed or guided to fruition. It is interesting to read all the anecdotes about the political scene. Show Less 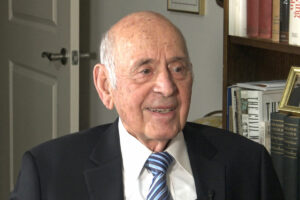 Former Attorney General Robert T. Stephan, in this 2020 oral history interview, recalls the highlights of his years serving the State of Kansas as Attorney General (1979 to 1995). Stephan's career as a champion of children as well as victims of crime and discrimination was shaped by his upbringing in Wichita and his strong sense of what it right. Stephan laments the increasingly partisan atmosphere of the National Association of Attorneys General, an organization to which he belonged during his time in state service.
Page load link
Go to Top